How to Find the Right Teeth Whitening Approach for You 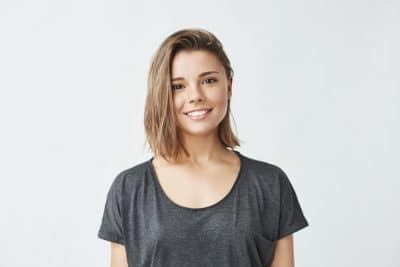 Your smile is your greeting card, and everyone feels more confident when they can show off their bright, beautiful teeth. Unfortunately, life often has other plans. Many of us have discolored teeth that can make us feel self-conscious. If you are unhappy because your smile makes you feel older or unhealthy, teeth whitening can help you have a beautiful smile that you’ll always be proud to show off.

Teeth whitening is not just one procedure. While we offer professional teeth whitening at our St. Louis dental offices, there are many approaches to teeth whitening. Finding the right one for you depends on understanding what causes tooth discoloration so you can match it to the procedure you’re looking for.

Do you notice your teeth seem to get darker over the course of the day? Sometimes the darkness might even seem a little patchy. If you feel your teeth with your tongue, they might feel a little fuzzy.

This type of discoloration is normally caused by dental plaque. Dental plaque is a biofilm created by oral bacteria clinging to your teeth. It’s often translucent or white, but it can get discolored depending on what you eat and drink.

You can fix this by brushing your teeth more often. However, try not to use toothpaste too often, especially whitening toothpaste. It can wear away your teeth. Plaque is soft and easy to remove with just a toothbrush. If you’re brushing more often than twice a day, you can brush with just water those extra times.

What we’re talking about here are patches of discoloration that grow from your gum line or between your teeth. This is called tartar.

Tartar is hardened plaque. Plaque is soft, but if it doesn’t get brushed away, it absorbs the minerals from your saliva to become hard. It’s like a rock. You can’t easily remove it. Trying to remove it at home can cause damage to your teeth.

Fortunately, removing plaque is one of the key things we do in your regular dental cleaning at our St. Louis dental office. For most people, doing this every six months or so is enough to keep from developing large tartar deposits, but for some people, tartar builds up faster, so you might want to make your appointments more often.

As a side benefit, we’ll polish your teeth to help them look their brightest.

Discoloration That Persists After a Dental Visit

So what do you do if you leave our St. Louis dental office and your teeth are still discolored? At that point, it’s time to consider teeth whitening.

If you’re concerned about discolored teeth, make sure to ask for a mirror before you leave our office (or just use the one in the bathroom!) If you aren’t happy with the color of your teeth, talk to us about whitening.

If teeth whitening is not right for you, Dr. Hill might recommend something like dental veneers. Dental veneers add a new layer to your teeth, one that is brighter and more brilliant–it can be as white as you want it to be. These also have the benefit of being stain-resistant, so when you whiten your teeth with veneers, your results can last a decade or more with proper care.

What if you don’t have a whole mouth full of discolored teeth but just one tooth that seems darker than the others? There are a few potential causes for this, including:

First, consider the location of the darkened tooth. Is it exactly where you hold the cigarette when smoking or the straw when drinking cola? It might be discolored and/or damaged by these habits.

Another potential cause of a single darkened tooth is a metal amalgam fillings, aka silver fillings. Silver fillings start out silver in color, but they can oxidize (rust) and turn black. This can sometimes make the entire tooth turn black.

Sometimes, a tooth turns dark because it has died inside. Usually, this is because the tooth got hit very hard, dislodging it just enough to kill the living part of the tooth, called the pulp, inside.

Another potential cause of a darkened tooth is that it has gotten infected, which is also killing the pulp–and replacing it with dangerous bacteria. Normally an infected tooth will hurt–a lot. However, sometimes it happens that the tooth gets infected but remains painless.

For a tooth with minor habitual damage, St. Louis cosmetic dentist Dr. Chris Hill might recommend a porcelain veneer on just one tooth. If the tooth has a large amalgam filling, we might suggest a dental crown.

Want Help with a Discolored Smile in St. Louis?

To learn how best to beautify your smile, please call (314) 678-7876 to schedule an appointment with St. Louis cosmetic dentist Dr. Chris Hill at Smile On Dental Studios.